Wear What You Believe In: An Introduction to Spiritual Jewelry Although it’s still popular today, people have been wearing spiritual jewelry all over the world for centuries. Lots of people wear spiritual jewelry to represent or deepen their connection with a religion, belief, tradition, or higher power. Like many jewelry treasures, these precious pieces are more than just superficial accessories; they are reminders of what matters to us most. In this article, we’ll explore some of the most popular kinds of spiritual jewelry and investigate their history and meanings.

What Is Spiritual Jewelry?

Spiritual jewelry is any piece of jewelry worn to represent a spiritual practice or belief system. This category is wide-reaching; there are all kinds of jewelry that are associated with spirituality and religion. In the form of necklaces, rings, bracelets, or earrings, spiritual jewelry can hold deep significance for the wearer and serve as a reminder to live with certain values. There are plenty of spiritual symbols and patterns that originate in established traditions, and they can all be adapted into jewelry form. In addition to symbolism from the world’s major religions, other spiritual practices can lend themselves to jewelry with pieces that incorporate tarot card imagery, astrological signs, etc.

Let’s look at some of the most common symbols used in spiritual jewelry today: A commonly worn type of spiritual jewelry, and certainly one of the trendiest types at the moment, is crystal jewelry. Beyond their aesthetic beauty, crystals are often worn to signal a deeper spiritual connection or intention. They’ve come and gone from the zeitgeist for decades as interest in new age spirituality ebbs and flows, and today they’re really popular in necklaces, bracelets, earrings, rings, and other types of jewelry. Each crystal represents a different property and is used to actualize a specific intention. For example, amethyst is often used for tranquility and rest, whereas obsidian is often used to gain a sense of groundedness. 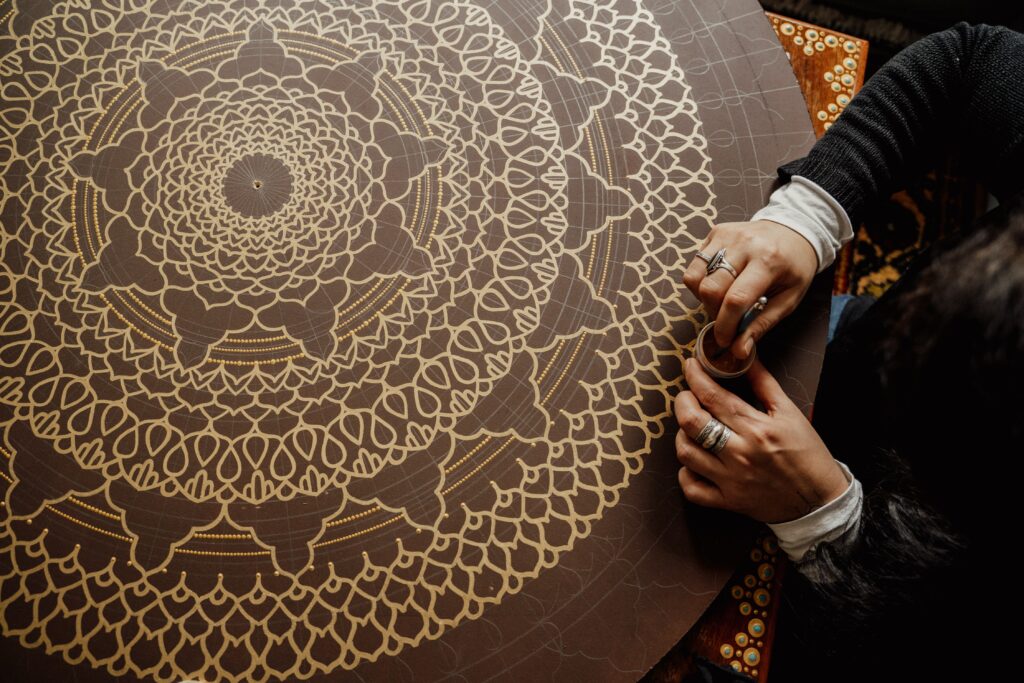 Mandalas are geometric, ornate designs meant to represent the entire universe in a single image. The symmetry and balance in their intricate patterns depict the circle of life; the Sanskrit word “mandala” translates to “circle” in English. Mandalas are often used in meditation, and the center of the pattern provides a focal point for concentration during the practice. Mandalas are commonly used in Hindu and Buddhist traditions, and are often worn as necklaces or rings or as pendants and charms hanging from earrings, bracelets, or anklets, for example. As spiritual jewelry, mandalas can help remind the wearer of serenity and reflection. The hamsa is a hand-shaped symbol that spans many cultures and religions and is sometimes known as the hand of God. It dates back thousands of years and can be traced to the Middle East; in fact, the Hebrew word “hamseh” and the Arabic word “khamsa” both translate to “five” in English, representing the five fingers of the hand. Often very ornately patterned, the hamsa signifies protection, happiness, luck, and health in the various belief systems that use it. In Islam, the hamsa is sometimes called the hand of Fatima, referring to the prophet Mohammad’s daughter, Fatima, as a symbol of protection and luck. People who practice Islam, Buddhism, Hinduism, and Judaism often wear hamsa pendants for various reasons, but the hamsa most often represents divine protection and closeness to God. The cross is a recognizable symbol often worn by Christians to symbolize the wooden beams used in the crucifixion of Jesus Christ. In that way, the symbol of the cross signifies the death and resurrection of Jesus, and it is often worn as a reminder to live the way he lived. Many people who follow any denomination of the Christian faith choose to wear the cross in the form of pendants, necklaces, bracelets, rings, or earrings as a way to be constantly reminded to practice Christ’s teachings in their everyday lives. The Star of David has been a symbol of God’s protection in for thousands of years, dating back to Muslim and Kabblistic Jewish traditions. Today, many Jewish people wear it as a symbol of identity and spirituality. The shape is composed of two equilateral triangles facing in opposite directions to create a six-pointed star. In the contemporary meaning of the Star of David, dating back to 17th-century Prague, the six points and the space in the center come together to represent the seven days of creation. The symbol’s legend is based on a soldier named David who used a shield in this star shape, and to this day it’s considered a symbol of protection from God, just like the shield. Many people wear this symbol as a pendant on a necklace, but it can also be worn as a ring, earrings, or bracelet.

Whether you’d like a custom-made piece of spiritual jewelry or you’re wearing one that’s been passed down for generations, don’t forget to give it some TLC. Quick Jewelry Repairs offers mail-in repair services to make any amulet you own look as good as new; with polishing, gold-plating, or enamel restoration services, our expert jewelers will help you keep your spiritual jewelry in great condition so you can wear it forever. 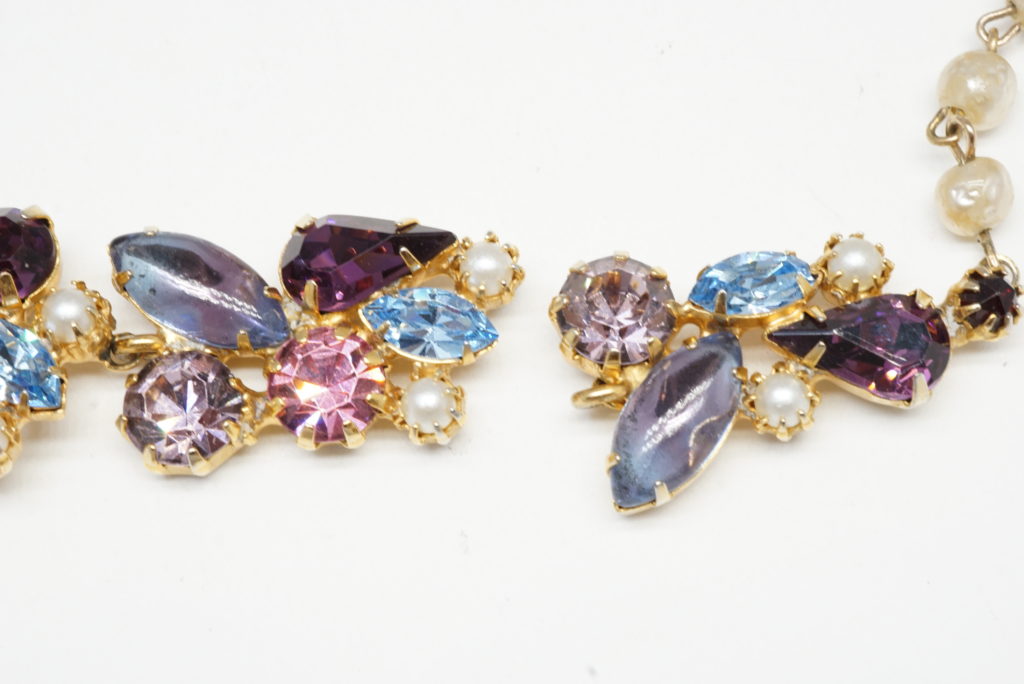 4 Things You Should Know About Costume Jewelry Stone Replacement

Costume jewelry can be wonderful and cherished pieces, even if they're not made from… 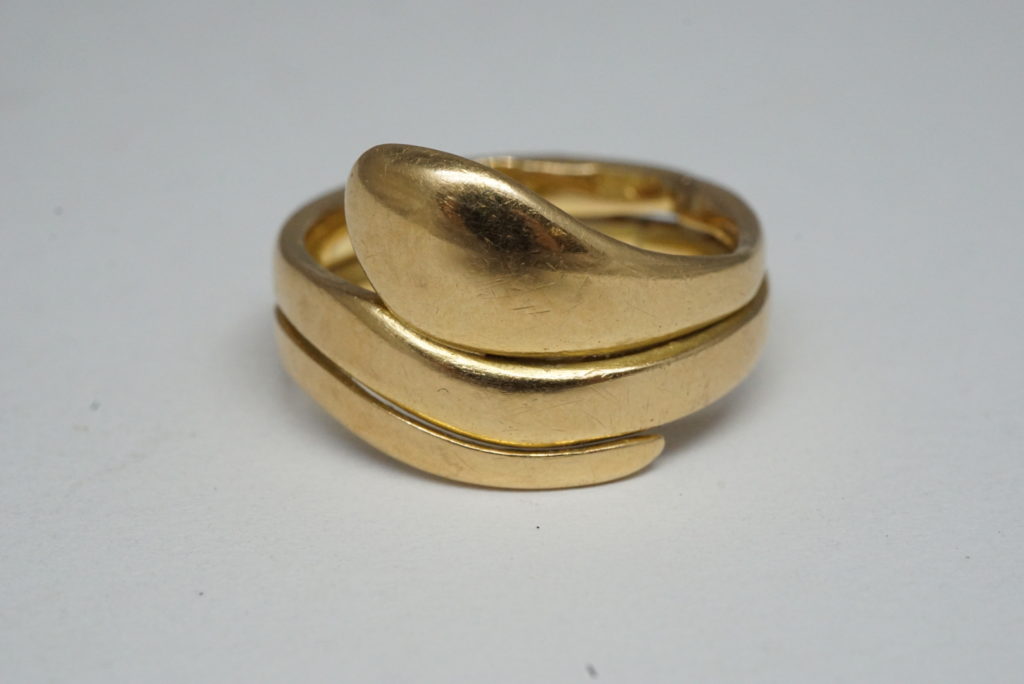 5 Interesting Ring Types You Should Consider 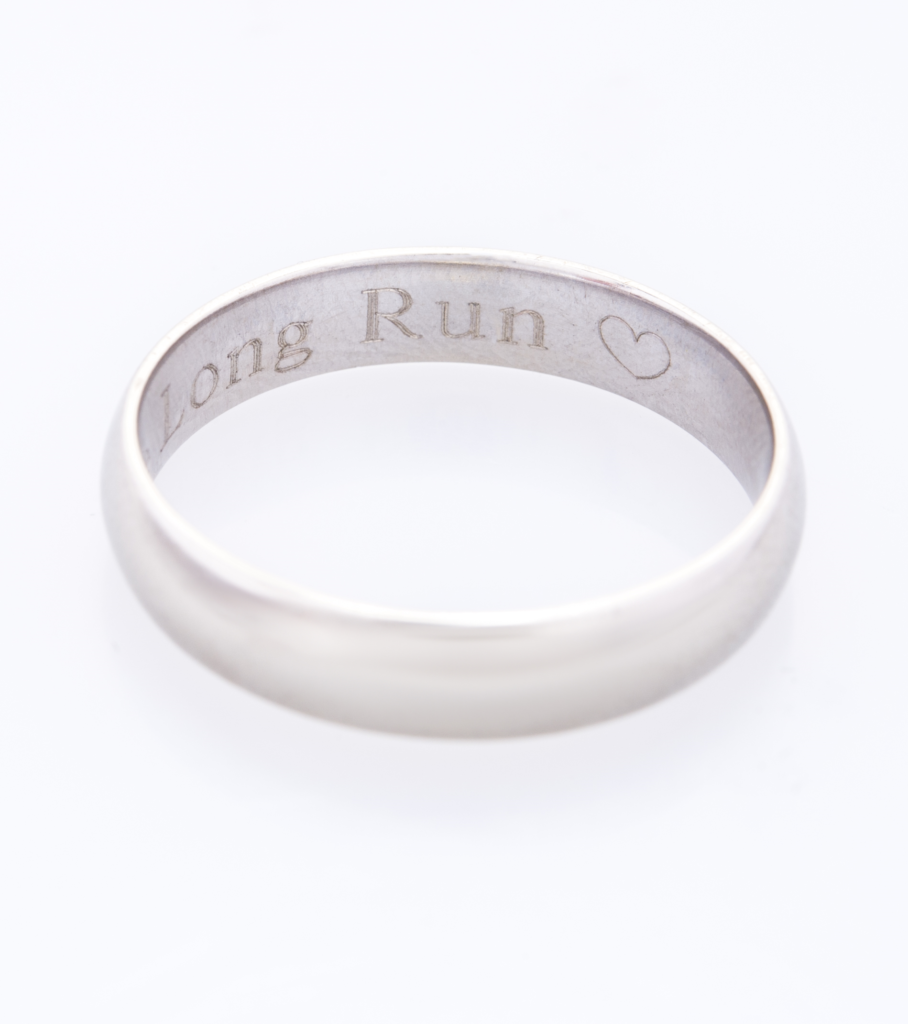 How to Remove an Engraving From Your Jewelry

While it’s fun to engrave an item, what happens when you’re no longer in…