What’s the Deal with Platinum Jewelry? 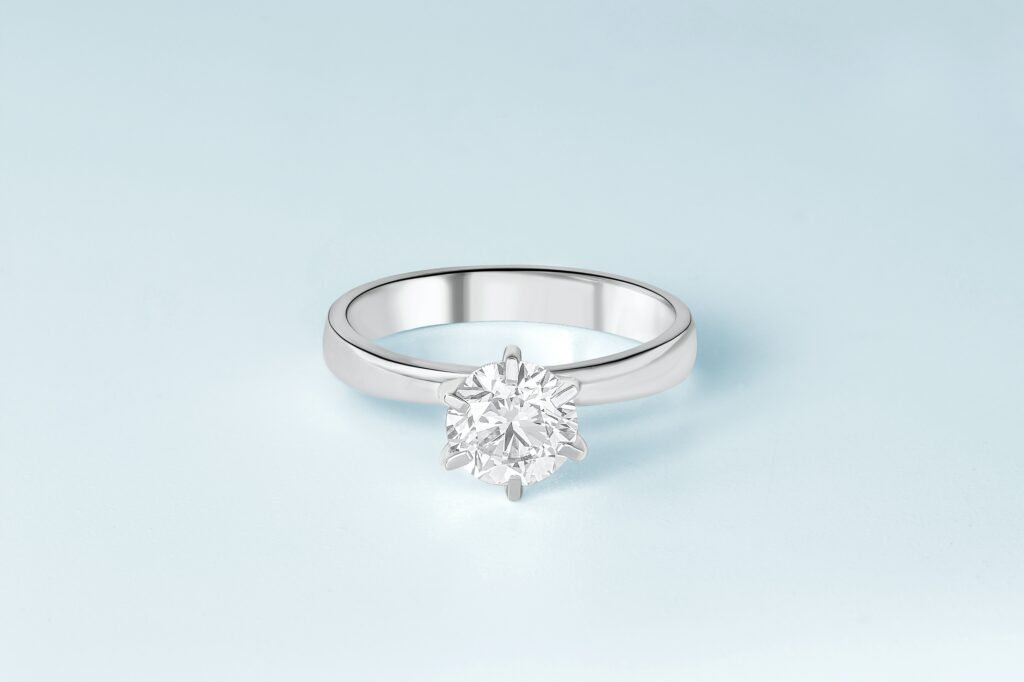 Platinum is an incredibly interesting and rare metal. It’s also a paradox: it’s both very durable and very flexible! Its density and weight make it one of the toughest metals, but because it’s very ductile (it can be pounded into a sheet as thin as 100 atoms — thinner than aluminum foil!) platinum jewelry often has to be alloyed with other metals like iridium to ensure that it won’t bend. This contradiction is just one of the things that make platinum so fascinating.

Even though plenty of contemporary jewelry is made with platinum, there tends to be less conversation about this metal than about silver or gold. If you’re interested in learning more about platinum jewelry, read on for everything you need to know.

Platinum is a chemical element, a very heavy metal, and one of the rarest metals on earth; the amount of all platinum found in the world to date would only come up to your ankles in an Olympic-size pool. By comparison, all the gold found to date would fill three Olympic-size pools. Even more surprisingly, twice as much steel is poured in the U.S. every day than the entire world's platinum production in an entire year. 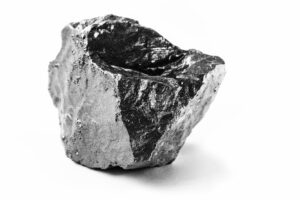 As a precious metal, platinum has a white luster that looks similar to white gold or silver. Trained professional jewelers can tell platinum apart based on its core properties like weight and density; one six-by-six inch cube of platinum can weigh as much as an average person! Platinum is used in important applications beyond jewelry, too; it’s the only suitable metal for electrodes in heart pacemakers, making it an actual lifesaver.

The History of Platinum

The use of platinum dates back to ancient Egyptians, who would often mix it with gold to create jewelry. Centuries later, in 1557, an Italian physician named Julius Scaliger mistook platinum for a type of silver when he first encountered it in Central America. While noting that the metal didn’t seem to melt, he referred to it as “platina,” meaning “little silver” in Spanish, which is where platinum got its name.

Platinum wasn’t very popular in jewelry until the 19th century. During WWII, there was a ban on the use of platinum outside of the military because it was considered a strategic metal — a limited resource necessary for military technology and industrial applications. Today, platinum is mostly sourced from South Africa, Russia, Canada, and a few places in the U.S. (Montana, Alaska, and Oregon). Because of its durability, platinum has become a very desirable resource for jewelry that contains gemstones and precious pieces.

While platinum is a popular choice for jewelry, its ductility and high melting points make it very tricky to work with. In fact, many jewelers won’t even accept orders to repair platinum because it’s so sensitive. To get a piece of platinum jewelry maintenanced safely, find a jeweler who specializes in working with platinum before you hand off your items.

The other issue platinum poses is repair pricing. Silver and gold are both relatively easy to work with, so repairs for these metals are inexpensive. But platinum’s difficult nature makes repairs more expensive than other popular metals. Platinum is less expensive than gold by weight, but because it’s more difficult to work with, it’s more labor intensive, which drives up the price of jewelry made with it. 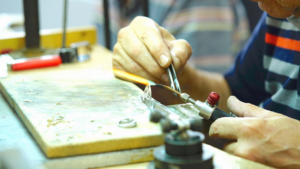 Platinum is also a great option for people who are very active; it doesn’t tend to wear down over time the way that other metals do. While it can still get scratched, platinum is much less likely to get bent or damaged, and it doesn’t tarnish the way that silver can. It can, however, develop a patina, which is a layer of oxidation that can be removed with professional polishing. To care for your platinum jewelry, we recommend getting it cleaned and polished every six months. Contact with other metals and sharp edges increases the likelihood of scratching, so it’s best to store your platinum pieces in a safe spot like a jewelry box when you’re not wearing them, and be sure to take them off before you head to the gym.

When searching for platinum jewelry, take a look at the stamp inside the metal to make sure it’s real. Authentic and pure metals are usually marked with an official stamp, and real platinum will be marked “PT” or “PLAT.” Most platinum jewelry will contain 90-95% pure platinum, which is a very high percentage. Jewelry made of other metals like silver and gold often contains much lower percentages of the metal it claims to be made of. For example, 10-karat gold is only 41.7% gold. Anything below 90% is not considered real platinum, so if your piece is stamped with “PT” or “PLAT” you can rest assured it’s made from pure platinum.

Now you’re fully equipped to shop for platinum jewelry in the wild. If you’re ready to make a piece from scratch, take a look at our bespoke jewelry service where you can create your own custom platinum jewelry. And if you ever need a platinum ring resizing or engraving, look no further than Quick Jewelry Repair. Our expert jewelers have lots of experience with platinum and would be thrilled to help you with your pieces. 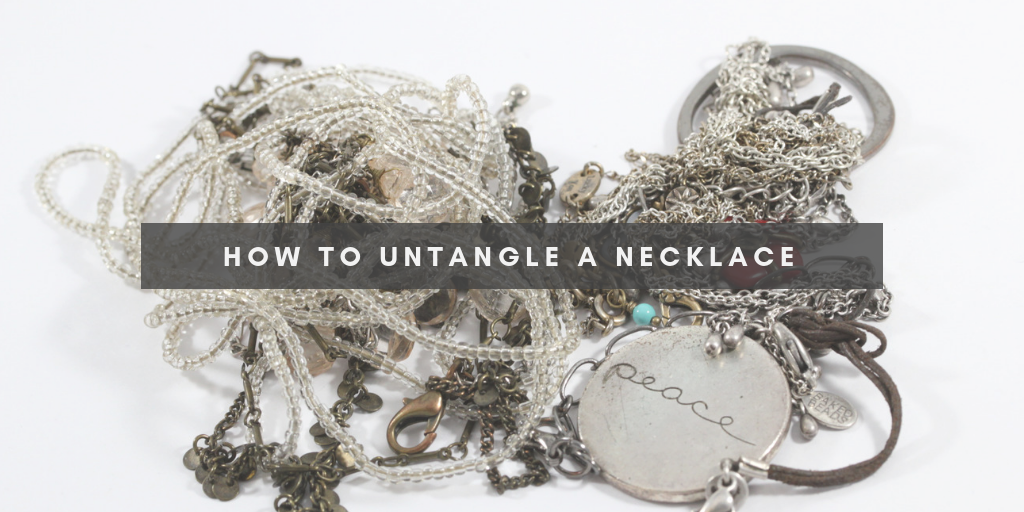 How to Untangle A Necklace

It happens to the best of us. One day your necklaces are nice and… 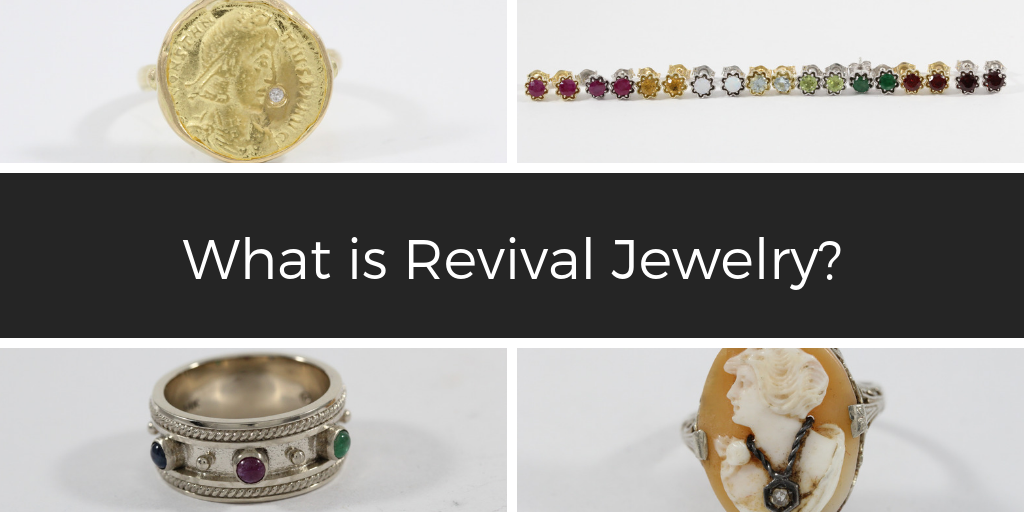 What is Revival Jewelry?

If you're a jewelry aficionado, chances are you've heard the term “revival jewelry” being… 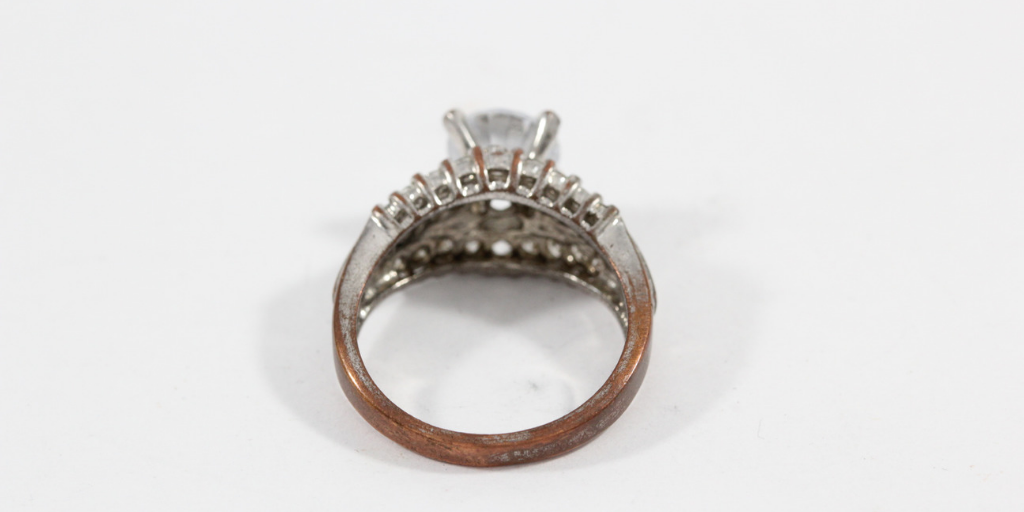 Metal Testing Service: How to Identify Your Jewelry

Whether it's a fresh buy off Ebay that you're not too sure about, a…