What is the History of the Wedding Ring? 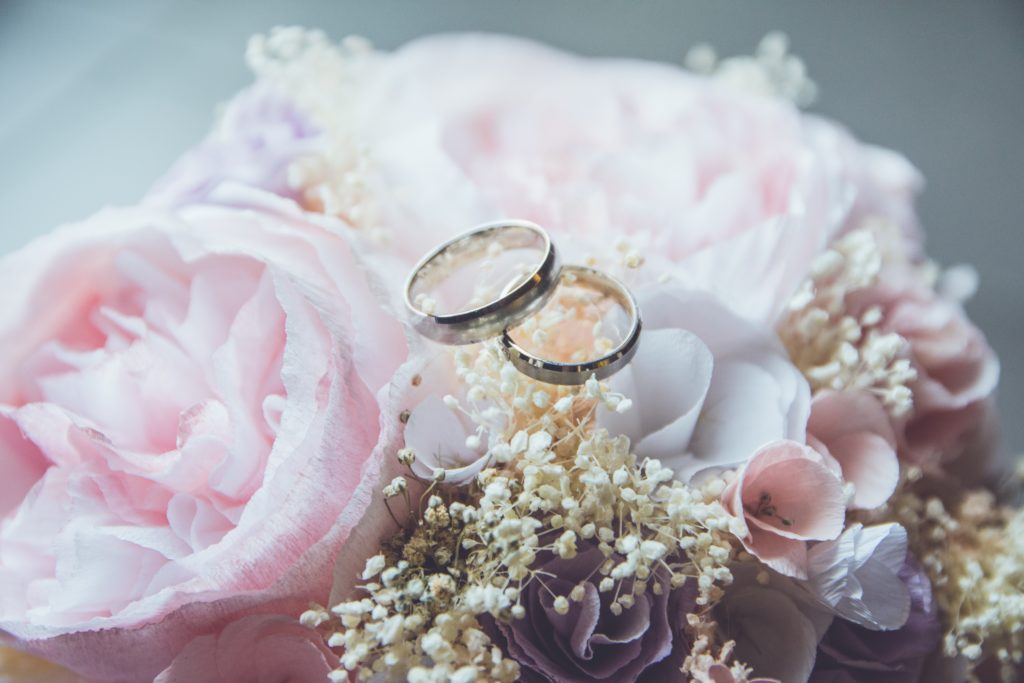 The wedding ring is the most common and symbolic piece of jewelry in our culture. This one small item stands for the love between two spouses and is worn their entire lives as a sign of their commitment. Today, wedding rings are as unique as the couple that wears them, but throughout history, wedding ring traditions have changed to reflect the culture and its view of marriage. The history of wedding ring practices reveals many interesting traditions. Read on to learn more about wedding rings: 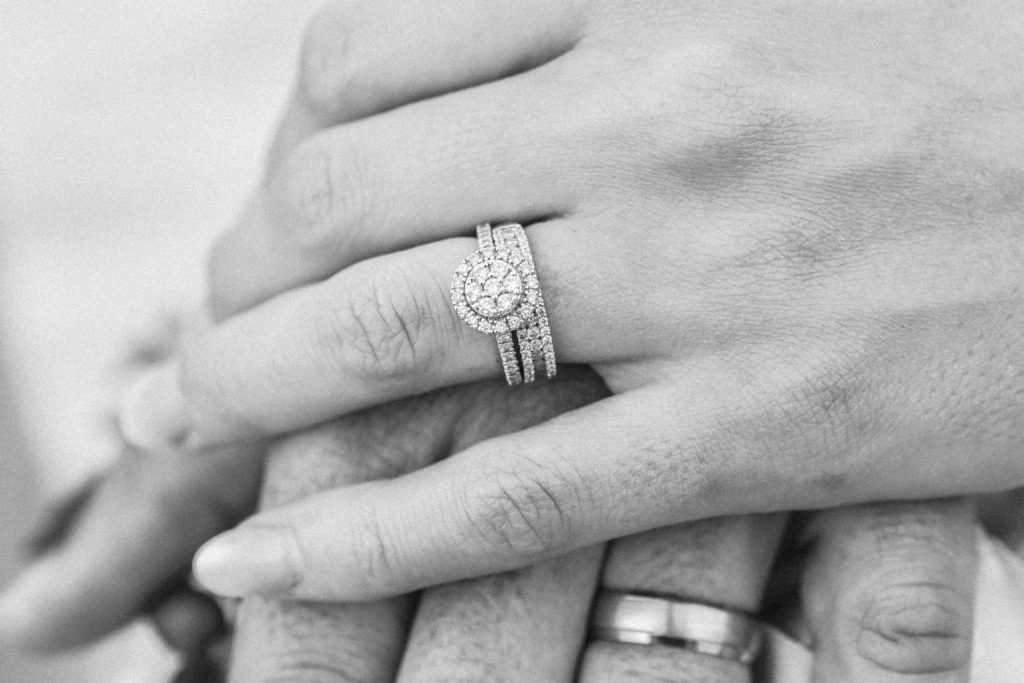 Historians trace the first mention of rings exchanged for love to the ancient Egyptians. Archeological findings that date more than 3,000 years ago show that Egyptians rings were first made from braided reeds or hemp. These materials were later traded for bone, ivory or leather which lasted longer. Translated hieroglyphics convey that Egyptians saw the circle as a symbol of eternal life and love. This love ring represented a door to the future which held both things known and unknown. Egyptians wore this love ring on their fourth finger as they believed it held a vein that led straight to the heart. This belief was later proved to be false, but the tradition continues. The concept was passed down and the vein was termed vena amoris or vein of love.

Signet rings were used in Greek and Roman times as a man's personal signature, and it is believed that these later inspired betrothal rings. At the time, men of the middle or upper class would buy their brides from their fathers. The ring was a symbol of this ownership. Called the Anulus Pronubus, the ring was commonly made of iron and invoked the union's strength and permanence. Fede rings which showed two clasping hands were a popular style of the time. Later, rings became more personalized and featured carvings of the couple themselves. When Christianity became the official religion of the Byzantine Empire in the Middle Ages, rings often featured carvings of the married couple with the addition of the figure of Jesus or a cross.

In the Middle East, a woman would receive a puzzle ring from her husband. Puzzle rings are also commonly known as “harem rings.” It was a complex piece of jewelry that was one band made up of several rings that fit together just so. The design behind this ring was to ensure a wife's faithfulness. If she removed her ring, it would be unlikely that she would be able to fit the pieces back together thus revealing her infidelity to her husband.

Posy (or posie) rings were common in the 15th century. A posy refers to a short poem which was inscribed on the ring. At first, the rings had bold designs and the inscriptions were on the outside of the ring. However, as goldsmith skills progressed, inscriptions were able to be made on the inside of the ring. This allowed the sentiments to be more intimate and personal, and perhaps consequently, the outside of the ring became much more simple in design. Some believe that this also reflects a shift in the way that society conceived of marriage at the time. The more ornate rings indicated marriages that were made between families in the interest of wealth and prosperity, while the more simple and personal rings reflected marriages that were founded on love and mutual devotion.

The Gimmel ring was another style that was popular in the 15th through 17th centuries. Like the puzzle rings of the Middle East, Gimmel rings were made up of two or three rings that fit together to form one cohesive band. Usually, the man and woman each wore a ring during the engagement period, and then the bands were united during the marriage ceremony. After the marriage, the wife wore the entire band. Gimmel rings were generally richly decorated with precious stones and symbolic images. Some incorporated the fede hands from earlier ring designs while others showcased flowers, hearts or images which expressed a love that surpassed death such as a skull. Especially popular during the Renaissance, there are even several mentions of Gimmel rings in Shakespeare's plays.

Jewish tradition dictates that a ring be an unbroken circle of silver or gold which signifies the everlasting bond of love between spouses. More recent historical practices have the Jewish ring to be simple and free of stones to reflect the purity of marital love and a life together that will be free of trouble or complications. In some places traditions starting in the 10th century, it was customary to use a large, ornate ceremonial ring. It was so elaborate and costly that often one town had a common ring used for all of its marriages. An interesting feature of the ring was a structure that looked like a roof. This was thought to symbolize the couple's home or the temple and sometimes was made to open on a hinge to reveal a Hebrew inscription.

The first documented diamond ring that was given as a betrothal ring was in 1475 in Italy. Diamond rings given for love became more popular in the 17th century, but it was not until De Beers Jewelers launched their “A Diamond is Forever” campaign in the 1940s that the diamond ring became the norm as an engagement ring. Though the diamond ring is still the most popular choice today, many couples opt for nontraditional stones. Most commonly, only women wear an engagement ring, and then spouses exchange wedding bands on the day that they are married. However, it is becoming more popular for both spouses to wear an engagement ring, symbolizing their commitment to each other. The history of wedding ring traditions gives new significance to this simple but beautiful token of love.

Enjoy this mini history lesson of love? Send us your ring and we can give it a little love as well! 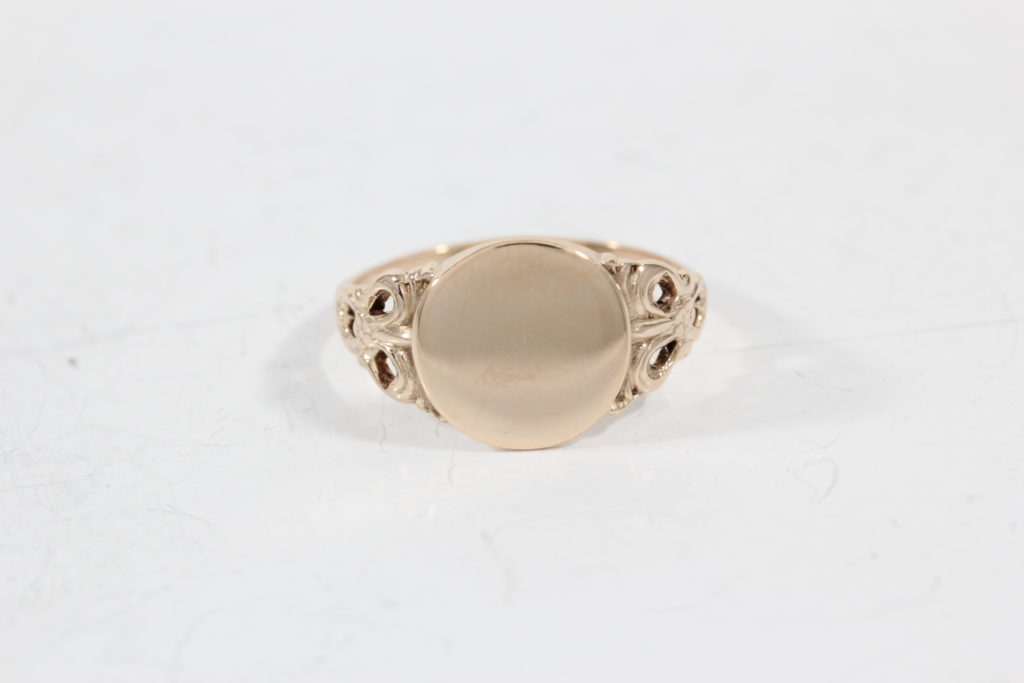 How to Create a Personalized Signet Ring

Signet rings are all the rage these days; after all, they’re classic looking, elegant,… 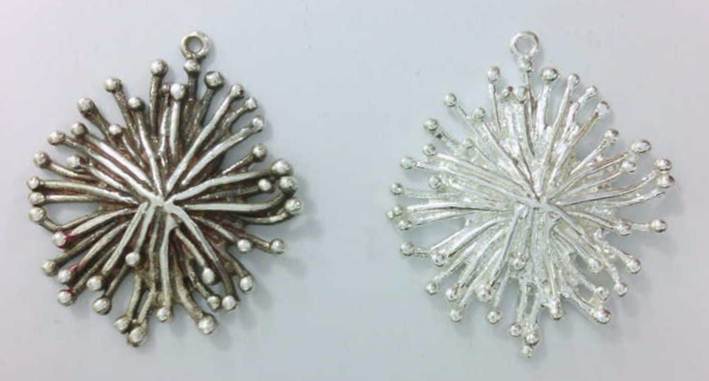 How to Duplicate A Handmade Earring

Losing an earring is absolutely painful, because the remaining one is just sitting there… 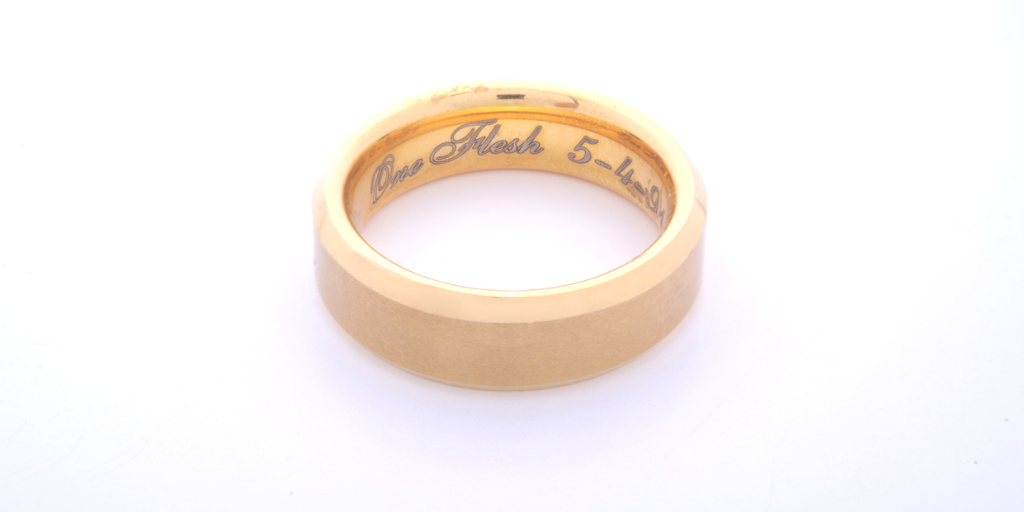 How to Clean Gold-Plated Jewelry

If you’re hesitant to clean your jewelry at home, we get it. There’s a…