Why Do We Wear a Wedding Ring on the Left Hand? 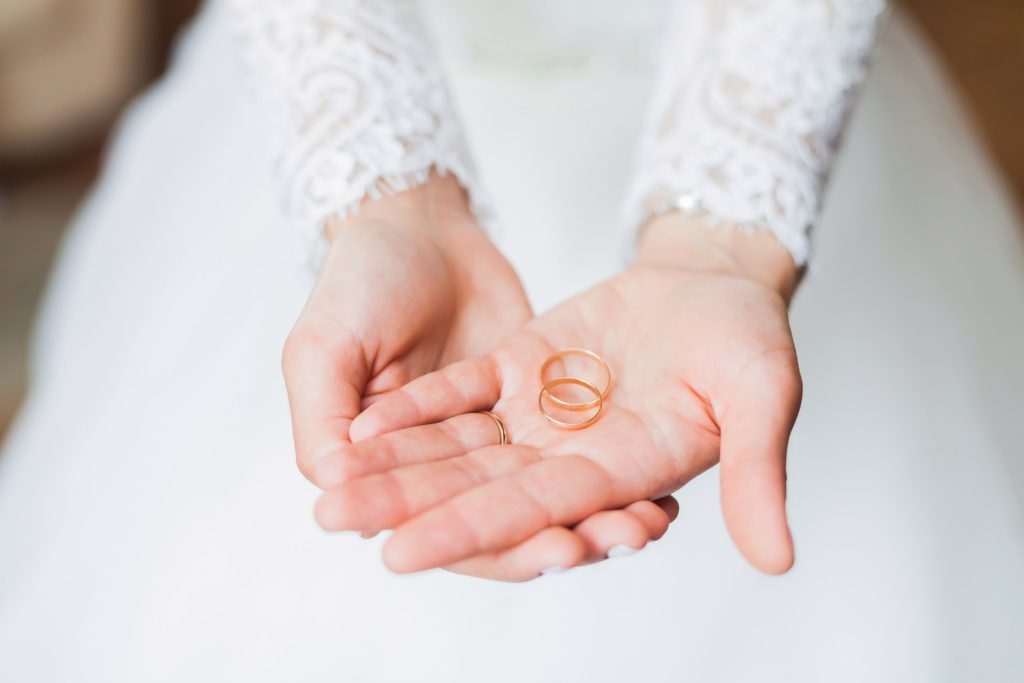 If the average American were asked which finger the wedding ring is worn on, they would all give the same answer. Residents of the United States are aware a wedding ring is worn on the left hand, but the majority of them do not understand why. There are questions as to whether the bride and groom must place the rings on their left hands. This tradition is based on an old custom that originated deep in the past. Read on to learn more about the history of the wedding ring and why this ring is traditionally worn on the left hand.

The History of the Wedding Ring

The story of why the wedding ring is worn on the left hand can be traced back to ancient Rome. During this period, there was a belief among the Romans that the vein in the fourth finger of the left hand was directly connected to the heart. This belief led the Romans to name this vein the vena amoris. The translation is the vein of love. Since the wedding ring was considered the symbol for a union of love, they chose the finger containing the vein of love for the placement of the rings.

This signified the romance and love shared by the newly married couple. The placement of the rings represented the connection of two hearts, and was a physical representation of the vows exchanged by the couple. Modern-day biology has revealed that all the fingers have a vein that connects to the heart, but the belief of the Romans was extremely romantic. Many couples from northern and central Europe choose to place their wedding ring on the right hand. This includes Norway, Denmark, Germany, Latvia, Ukraine, Austria, Poland, Russia and Bulgaria.

Although modern Greek couples residing in the United States usually wear their rings on the left hand, the Greek brides and grooms from the past wore their rings on their right hands. The left hand was once believed unclean in India, so the rings were placed on the right hand. Despite the American custom, a couple can choose either hand for the placement of their wedding rings. The actual history of wedding rings has no legal impact on the modern practices.

In Brazil and Columbia, the engagement ring is also worn on the right hand, then transferred to the left once the vows have been completed. The opposite is true for the Netherlands and Germany. Many same-sex marriages choose to wear the engagement ring on the right hand. This is because this practice is similar to that of heterosexual marriages, yet still different. Other same-sex marriage couples still use the left hand. Some couples throughout the world choose the finger they wish to use for their engagement ring, and it is often different than that of their partner.

Another concept is the promise ring, and this ring has numerous forms. The ring can represent the commitment for a future engagement, forever, abstinence until marriage or the immediate future. The actual meaning of a promise ring is generally dependent on the couple. The idea behind a promise ring can also be traced back to the ancient Romans. Inexpensive iron was used for the crafting of a betrothal, or promise ring. From the fifteenth until the seventeenth century, England came up with posie rings. This was a round ring, and a short poem of love was often inscribed on the outside or inside of the ring. The most common reason to give a promise ring today includes friendship, a pre-engagement, chastity, purity and exclusive monogamy. These rings are often meant to remind the wearer of a commitment or promise made to a special individual.

There is no current rule dictating which finger a promise ring should adorn. For some people, the finger designated as the engagement or wedding finger has the most significance. The wearer must believe the promise ring is worthy of this finger, and be prepared if it mistaken for an engagement or wedding ring. If the wearer is not comfortable with the concept, they can simply choose a different finger.

The wearing of any ring at all is dependent on the personal preferences of the couple. A ring is a symbol of an important union, and the circular shape of the ring signifies no beginning and no end. Some couples choose a different option and wear only an engagement ring or a wedding ring. Other couples solidify their union with a bracelet or a necklace. Many couples have chosen to pay tribute to their commitment with a tattoo on their finger. This is meant to represent a permanent self-sacrifice, and is often the choice of celebrities. The idea is the tattoo cannot be taken on and off like a ring. This is meant to show confidence in the belief the commitment will last forever. The most important aspect is the couple is happy with the decision they make regarding their rings, or lack of rings. 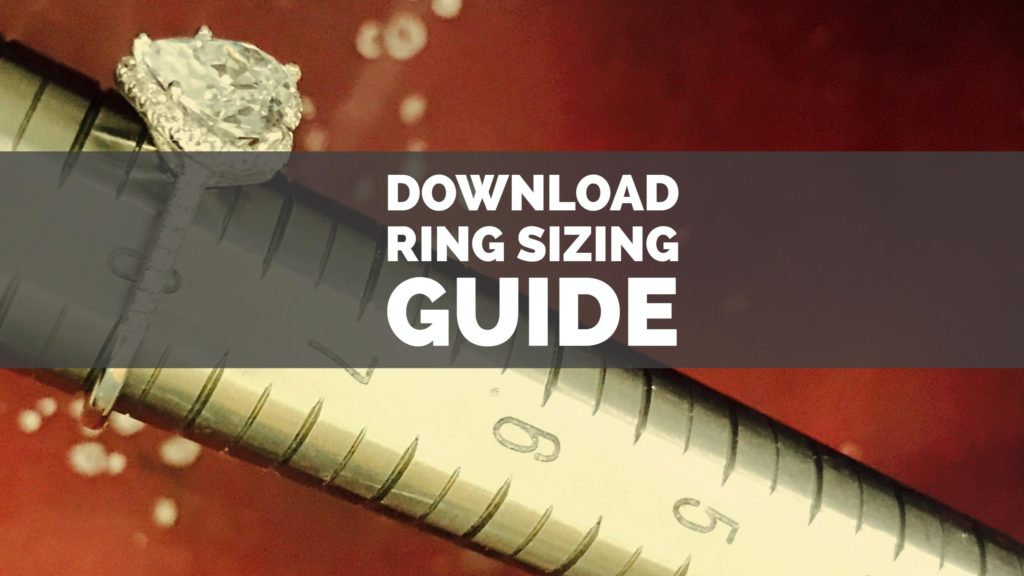 How To Determine Your Ring Size at Home

Whether you’re ring shopping for yourself or a loved one, it is crucial to… 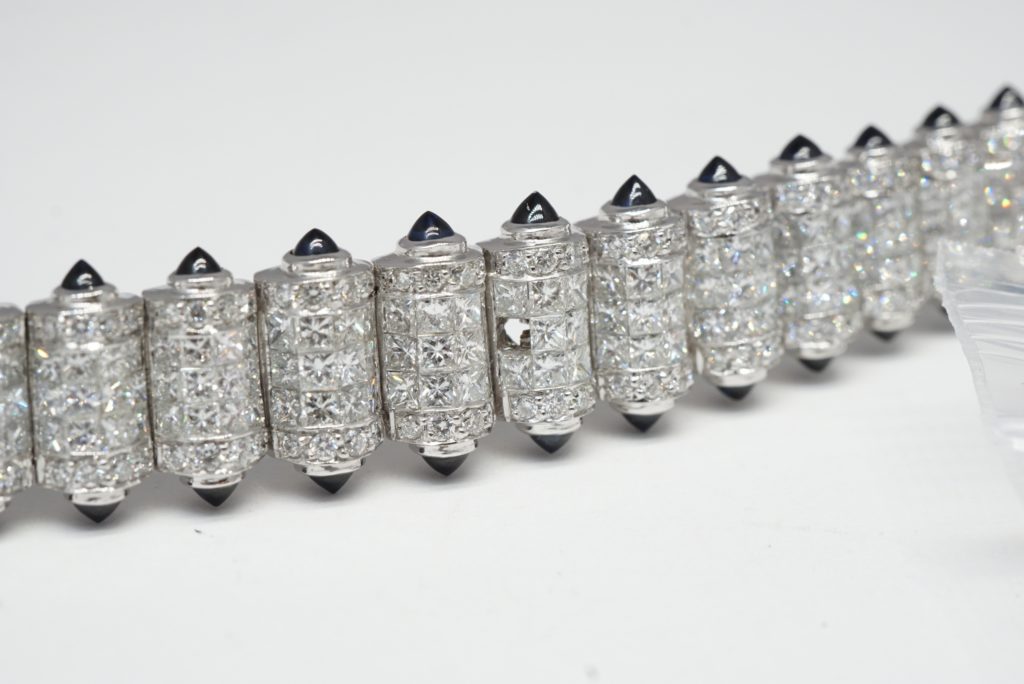 Why It’s Important to Know Your Invisible Setting

You might be browsing through a store, or you just got a lovely piece… 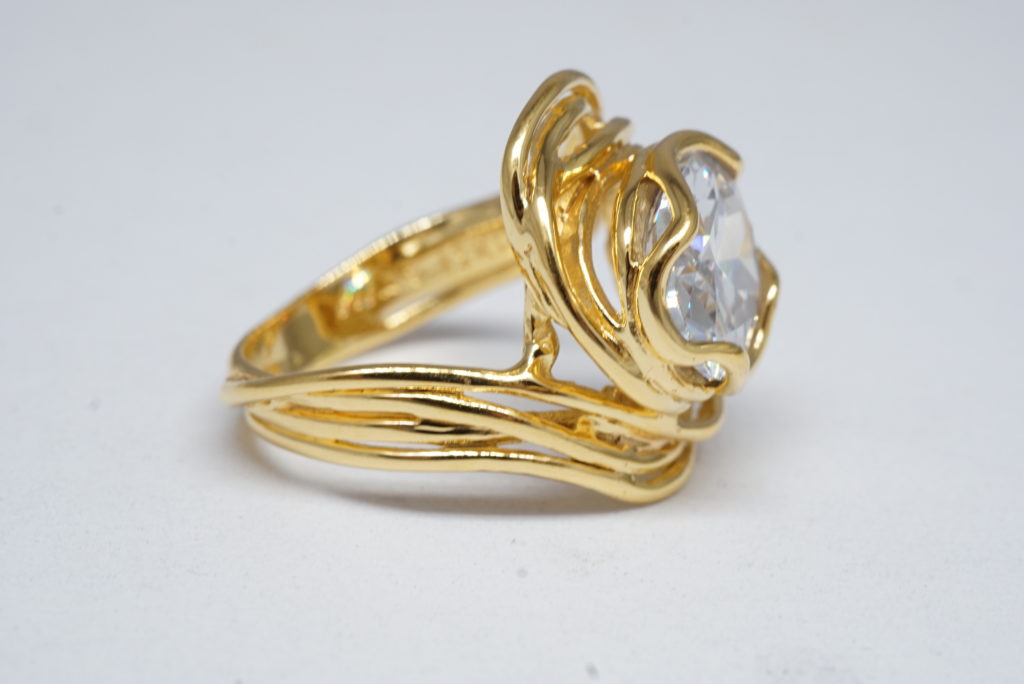 How to Repair Gold Vermeil Jewelry