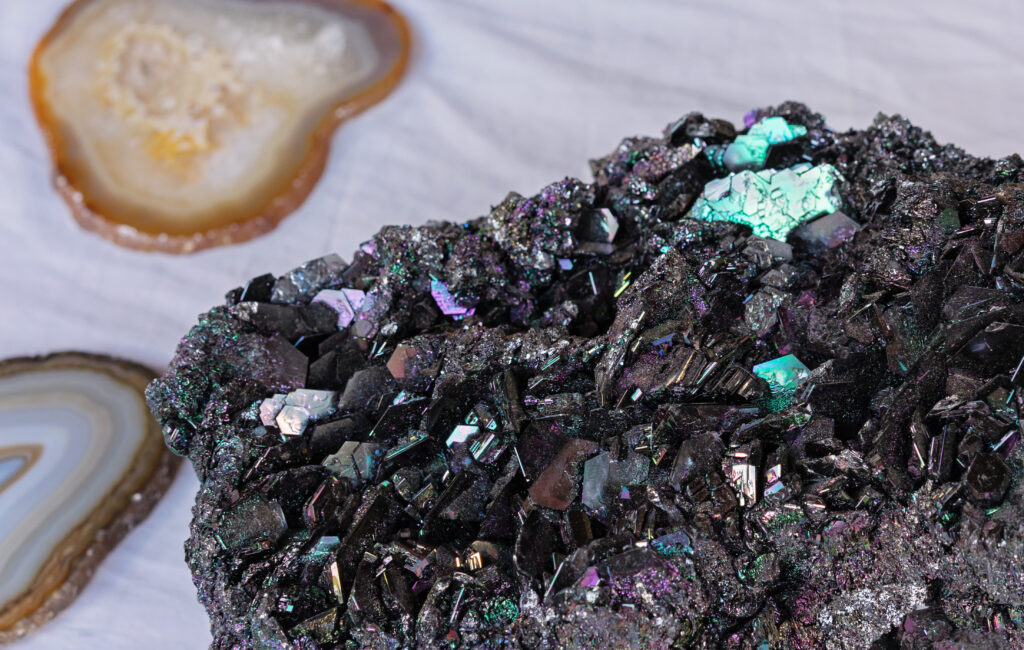 Moissanite: a strange word and a beautiful gem. Moissanite is becoming an increasingly popular gem, but since it looks so much like a diamond it’s often misunderstood as a “fake diamond.” That couldn’t be further from the truth; moissanite is an entirely unique and rare mineral substance in its own right. Considering a diamond alternative for your jewelry box? We’re here to help answer all your moissanite questions — even the ones you didn’t know to ask! Here’s your complete guide: 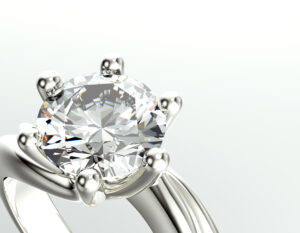 Moissanite is a naturally occurring silicon carbide mineral first discovered in 1893 by French chemist Henri Moissan (hence the name). Moissan first came across it while examining rock samples taken from a meteor crater in Canyon Diablo, Arizona. He initially thought it was a diamond, but upon further study, he realized it had a different composition and that this mineral was a new discovery.

Moissanite is an incredibly rare mineral; until the late 1950s, people thought it originated from meteorites because it was found in a meteor crater. However, decades after the initial discovery, more moissanite was found in the Green River Formation in Wyoming and then in a diamond mine in Yakutia, in the far east of Russia, which confirmed that moissanite grows naturally on earth.

Moissanite’s appearance is often colorless, though it can have very slight yellow or green hues. If you’re still not sure how to pronounce the name of this gem, think “moist-and-night” without so many consonants and an emphasis on the first syllable: mois-an-ite.

Diamonds and moissanite look very similar, but there are a few categories where moissanite and diamond properties differ significantly. If you’re choosing between the two, take the following factors into consideration:

Perhaps the most notable difference between diamonds and moissanite is their price point. Moissanite can cost 2 to 4 times less than diamonds. Diamonds are more expensive given their long-engrained tradition in weddings and engagements; the romantic notion to having a “real” diamond is reflected in the price tag. Because moissanite is less rare than diamonds and is more frequently manufactured instead of mined, moissanite jewelry is usually less expensive.

Brilliance is a technical term for the shine and sparkle that a gem emits; the composition of a mineral determines the way that light refracts off its surface. Although moissanite costs less than diamonds, that doesn’t mean that it is necessarily duller; in fact, moissanite has a brighter brilliance (making it appear shinier and sparklier) than diamonds because it refracts more light. 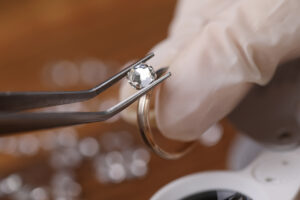 Diamonds are made of pure carbon, while moissanite is a silicon carbide compound. This means their chemical structures are different, but their shared carbon elements are what give them such a similar appearance (compared to a sapphire or ruby which are different forms of aluminum oxide, for example).

The Mohs scale is a way to comparatively measure the hardness of a mineral. Since different gems can vary greatly in their hardness, some are better suited for jewelry. Most people will want a harder gem to ensure durability, especially with jewelry that comes into contact with all kinds of things during the course of a day, like rings. Moissanite has a Mohs rating of 9-9.5, whereas diamonds have a hardness rating of 10, the highest possible rank.

Cubic zirconia is similar to moissanite in a few ways. It’s a rare, naturally occurring mineral that can also be created in a lab, and it is a popular diamond alternative because it shares some of diamonds’ physical properties but is much less expensive. 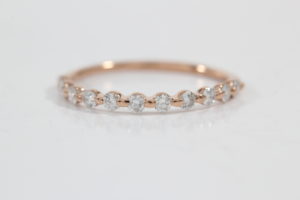 Now that you know the origin of this mineral and its difference from diamonds, what are the pros and cons of buying a moissanite gem?

How to Buy Moissanite

What type of ring are you looking for? Just like diamond rings, moissanite rings come in all kinds of shapes, sizes, and settings. Start by researching your options, looking at different types, and thinking about what suits your own style.

Since it’s becoming more popular, you can find moissanite in most places where gems and diamonds are sold. If you’re especially after that extra sparkle, try visiting a brick-and-mortar store where you can see the stone in person to be sure it has the shine you’re hoping for. 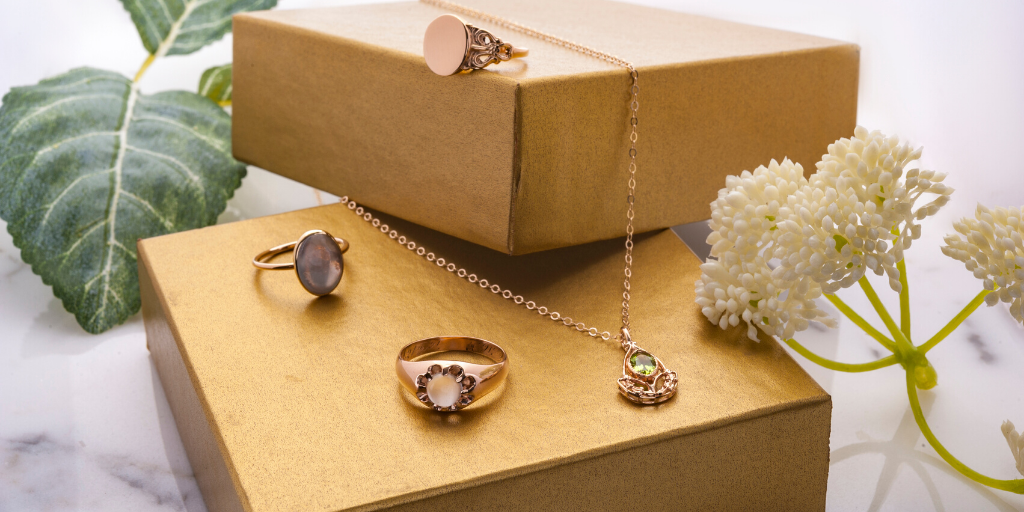 How to Properly Store Your Jewelry

Jewelry might be made from metal and stones, but that doesn’t mean you can… 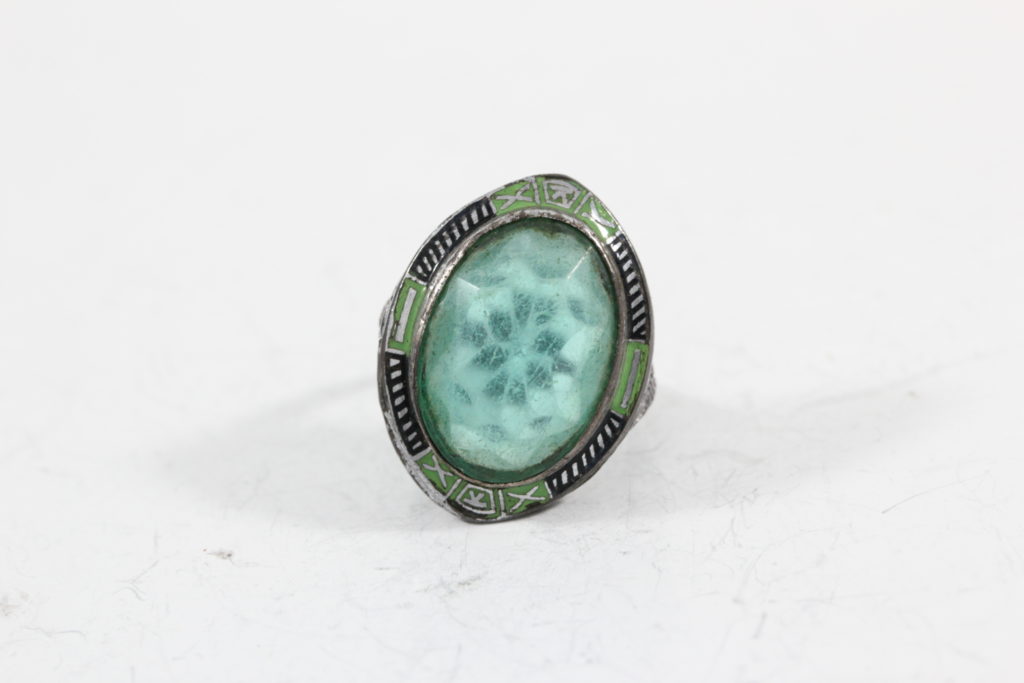 How to Repair a Damaged Gemstone

A damaged gemstone is no fun to look at- the visible scratches, chips, or… 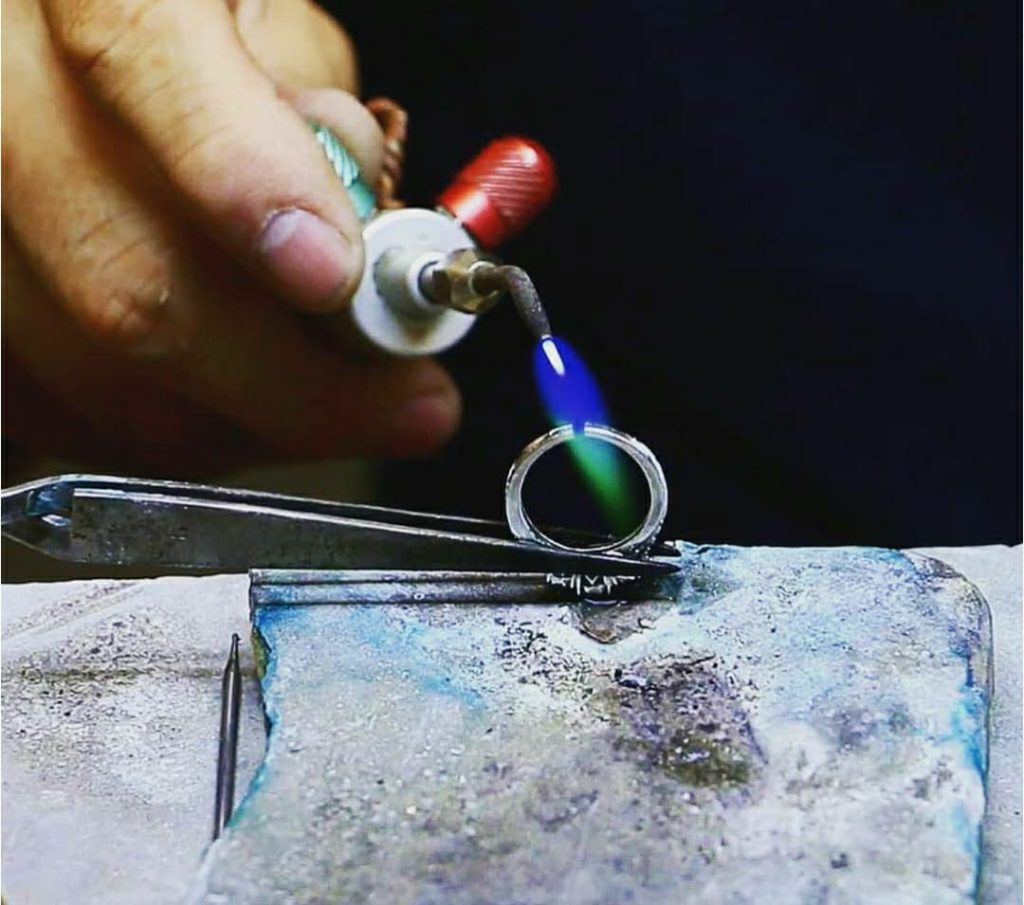 The Cost and the Process of Ring Resizing