Setting Diamond Shapes: What You Should Know 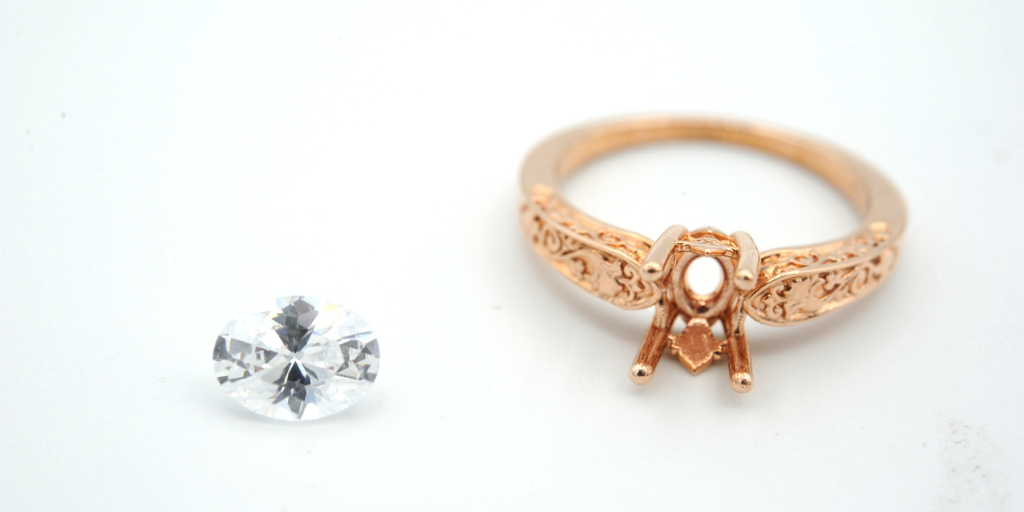 Princess, marquise, heart- there's a beautiful variety of diamond shapes and sizes for jewelry such as engagement rings and pendants. But don't be fooled; while diamonds are definitely the hardest rocks on earth, that doesn't mean that they're immune to damage!

The process of stone setting varies depending on the stone's shape, and certain diamond shapes are more fragile than others. Here's what you need to know. 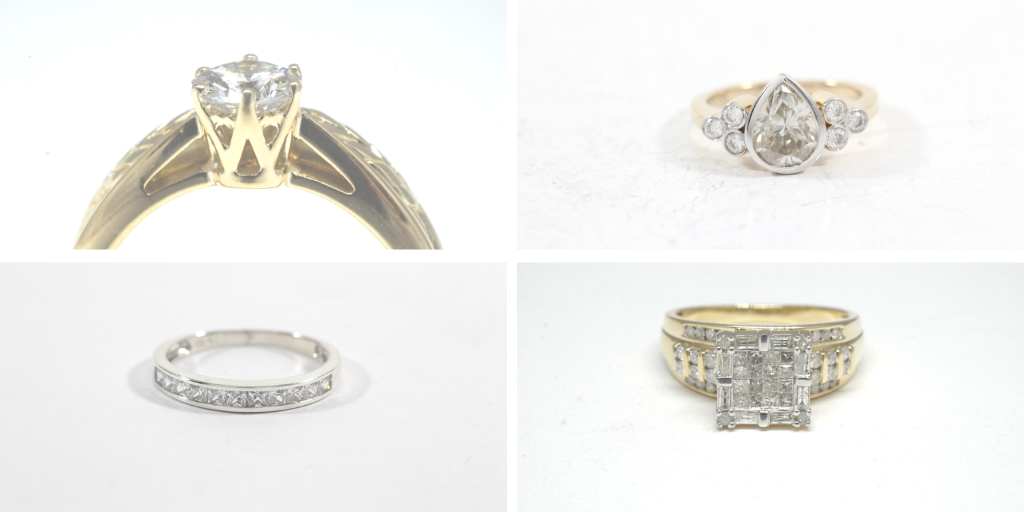 From top left and clockwise: prong, bezel, invisible, and channel

There are a multitude of ways to set a stone in metal, and the settings applied vary depending on the durability of the stone's shape. Here are a few setting styles you should know: 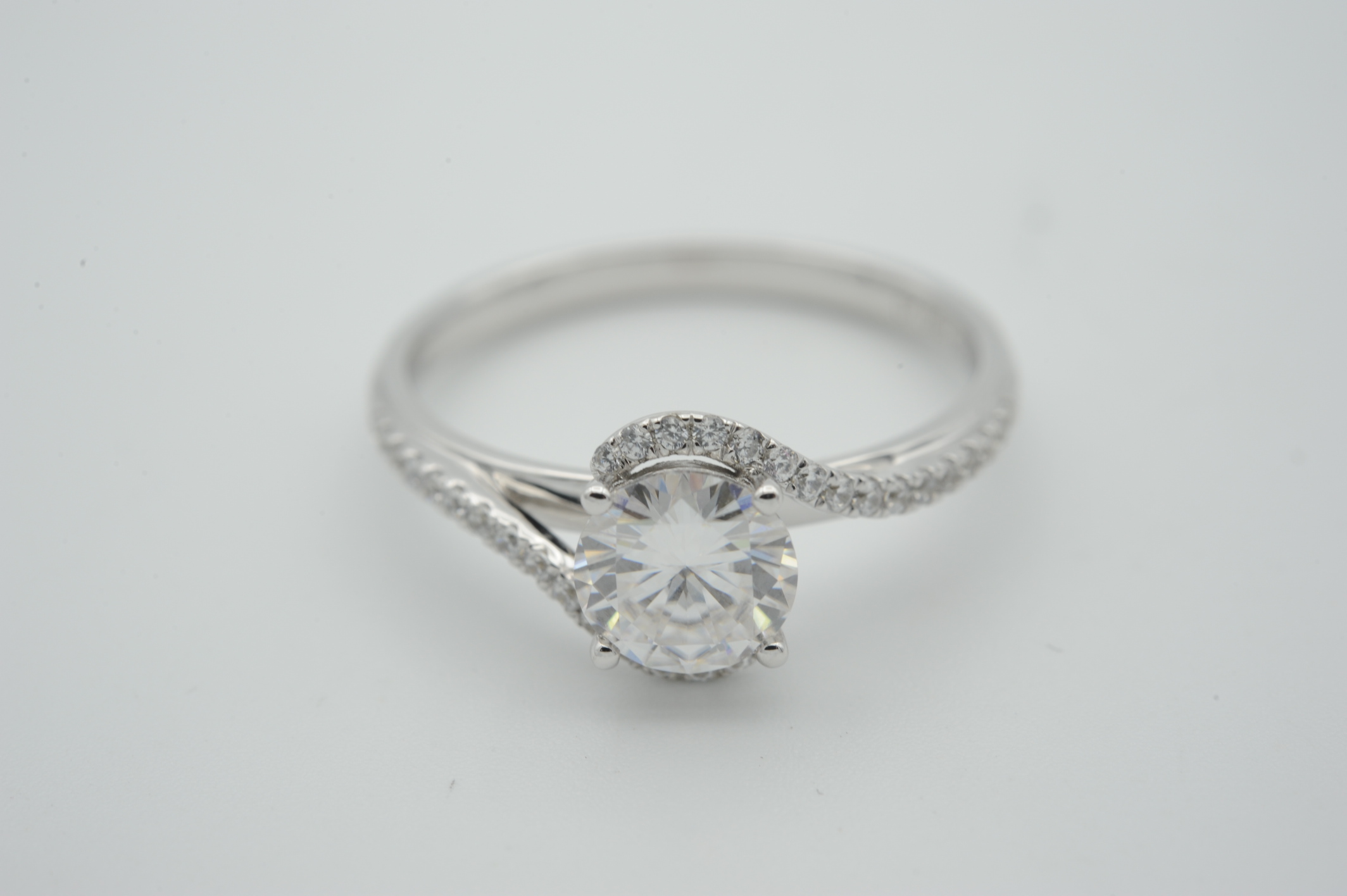 While the most well-known diamond shape is the round cut, the Gemological Institute of America separates it from other cuts by referring to non-round shapes as “fancy.” Because of these irregular shapes, some of these diamonds are more difficult to set than your standard round cut. In addition, they affect the type of setting used in the jewelry design; rarely will you ever see a pear-cut diamond in an invisible setting, or a marquise in a channel setting. Fancy-cut diamonds include the following: 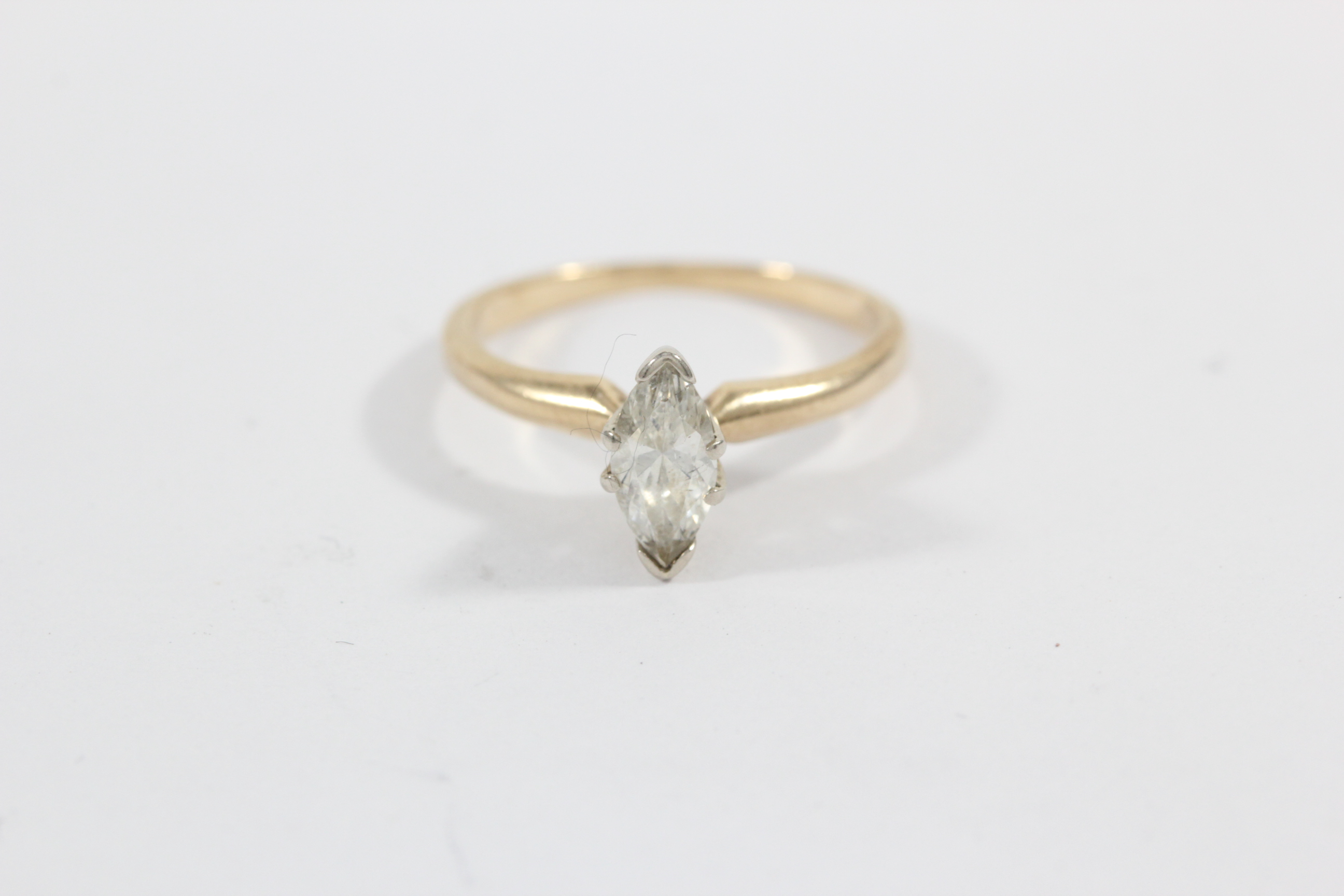 This ring is set with a marquise diamond: note the V-prongs at the top and bottom of the diamond. 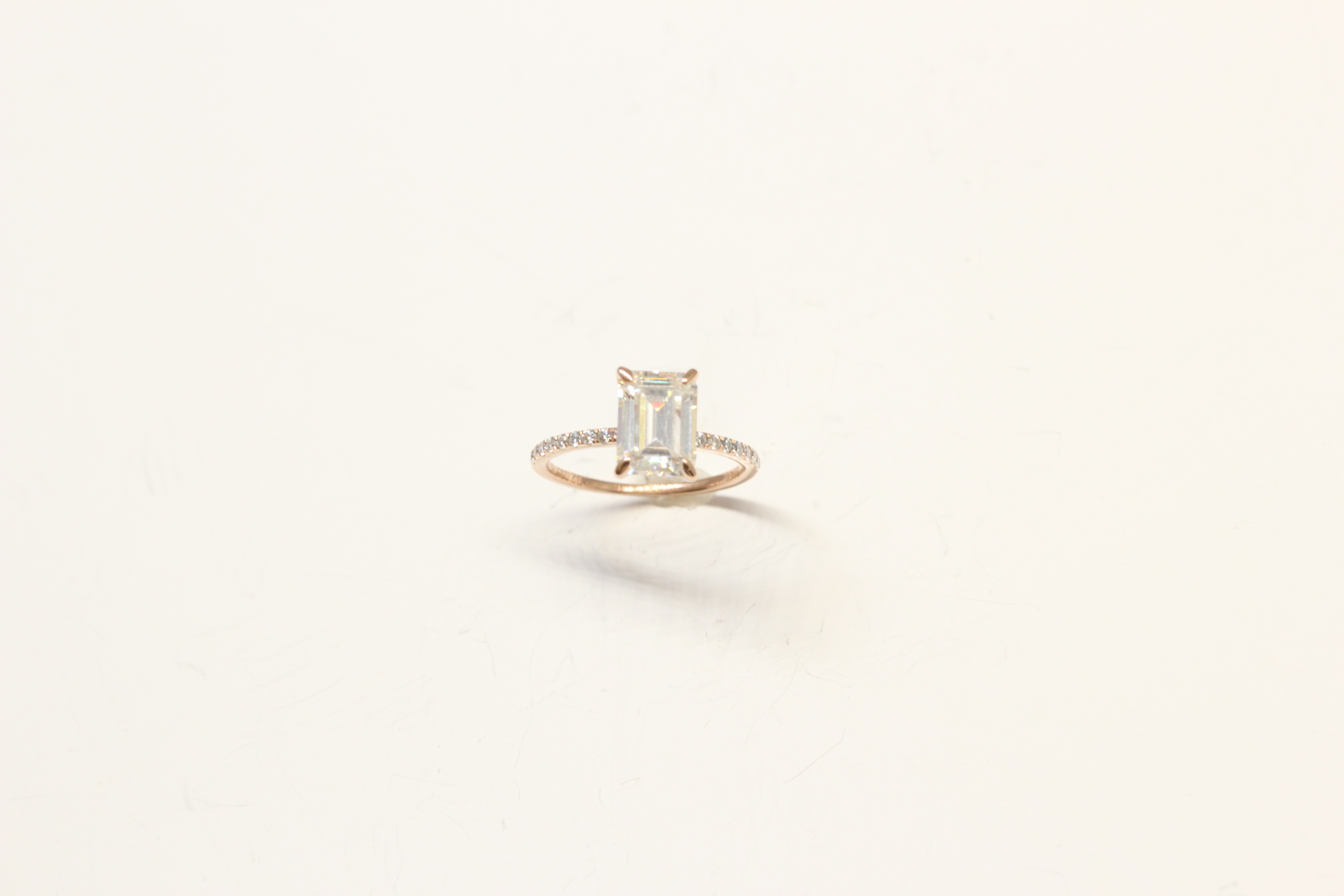 This is an emerald-cut moissanite ring

Now you're up-to-date on setting fancy diamond shapes and which cuts are more difficult to set! Get started on setting your own stones below.

Services Mentioned in this Article 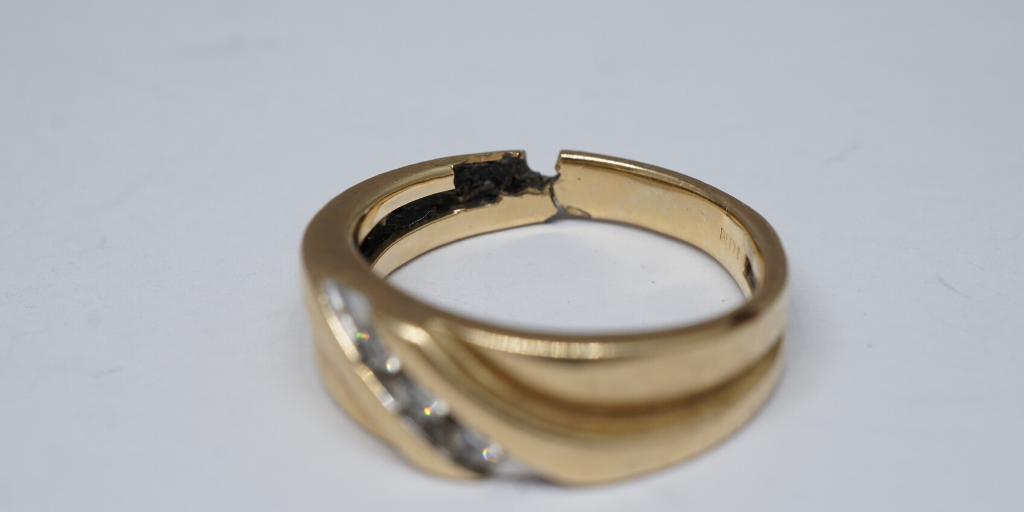 How to Sanitize Jewelry and Watches

While 20 seconds of washing might do the job for your hands, the items… 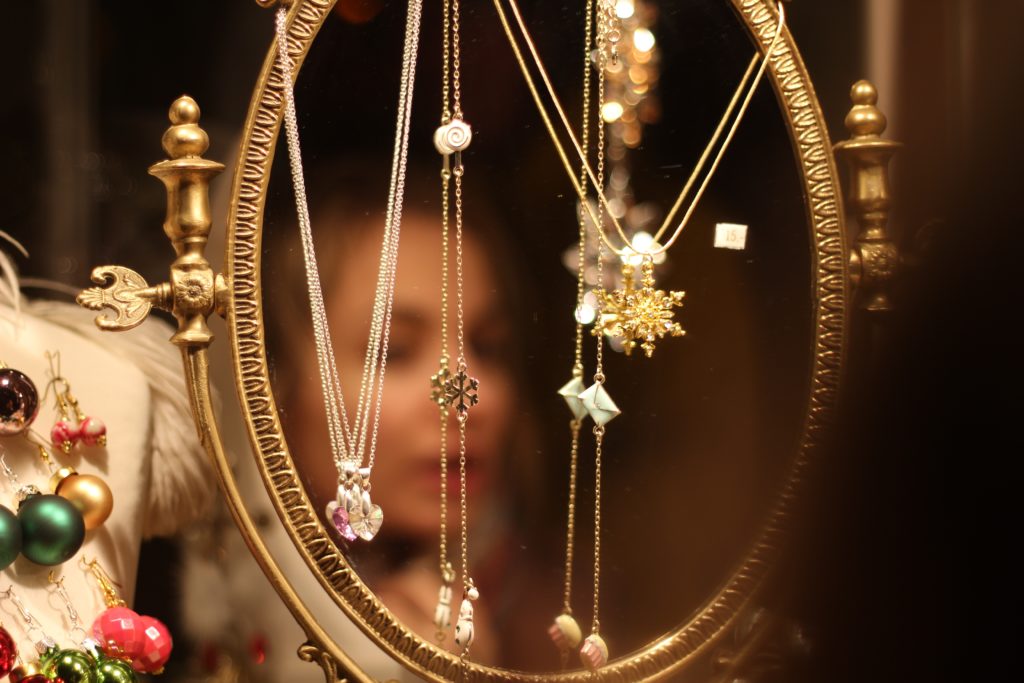 Pass Along Inherited Jewelry: Find the next best home for pieces that matter (Part 3) 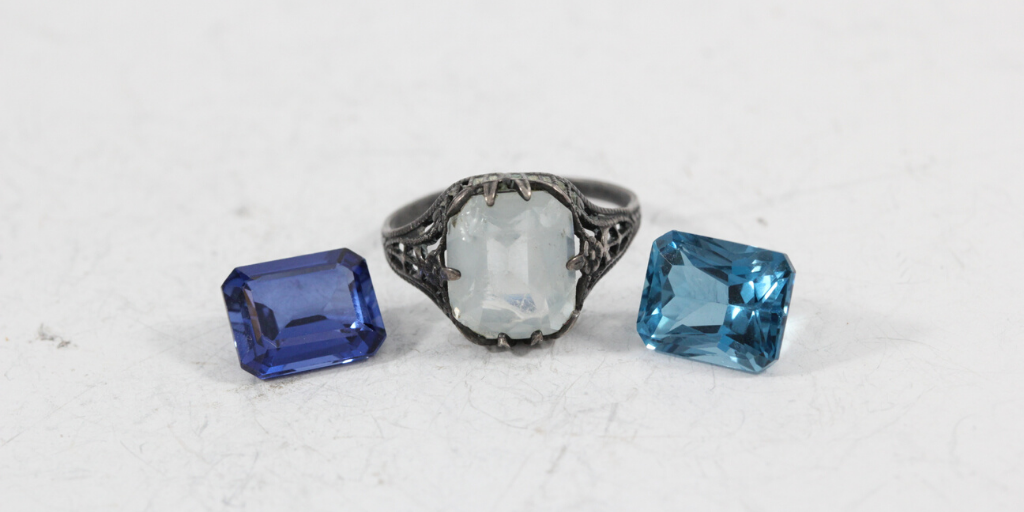 How to Replace Gemstones

Changing the gemstones in a piece of jewelry can make a big difference! If…