How Do I Pick the Right Engagement Ring? 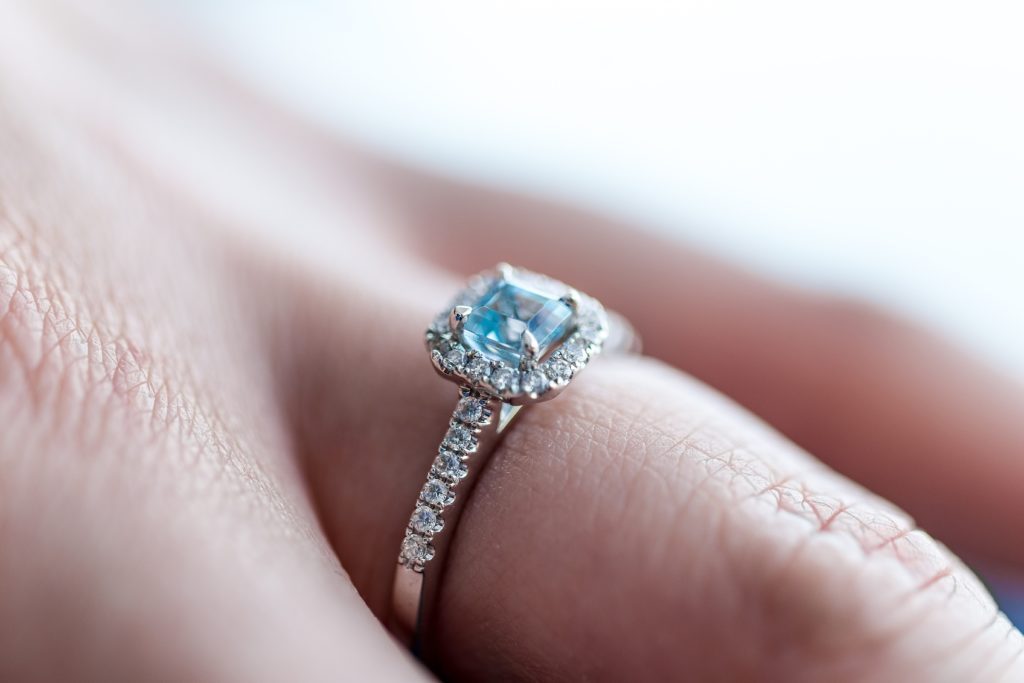 Buying a ring for a fiancee is quite the momentous occasion, both psychologically and perhaps monetarily. Traditionally, engagement rings are given to the woman where the groom-to-be should needs to be mindful of her preferences. A hard choice, there is much to think when picking out an engagement ring. Below, we are shedding light on this topic, offering some tips on how you can find the right engagement ring for your loved one: 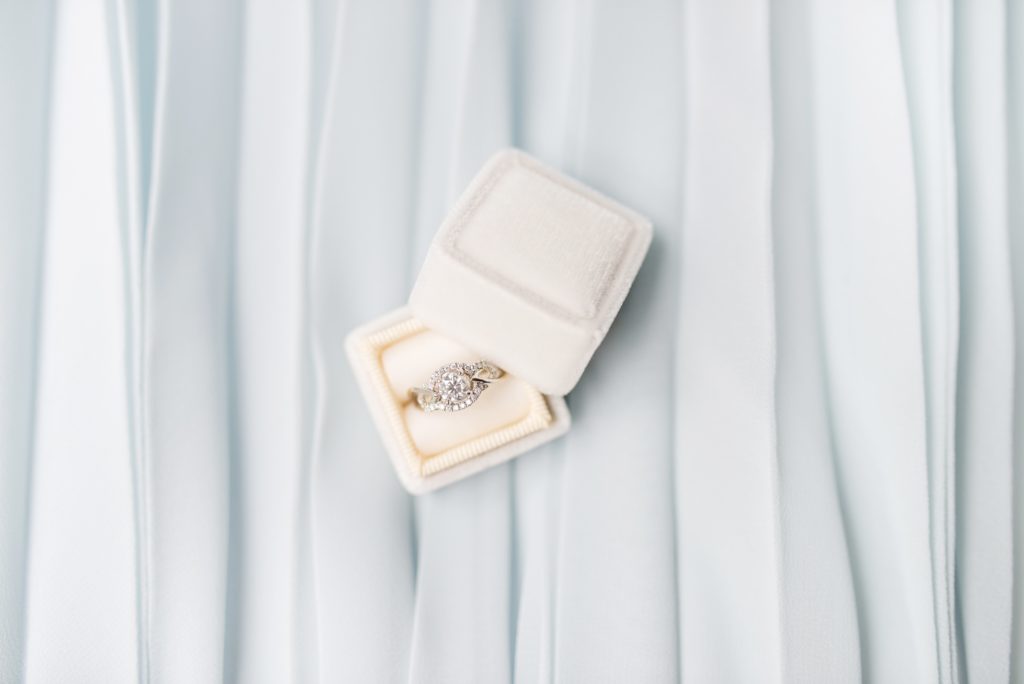 Most engagement rings contain at least one diamond, though the diamond does not have to be the center stone. The engagement ring of Diana, Princess of Wales features a sapphire surrounded by smaller diamonds, for example. Since diamonds are so valued, they are judged by criteria called the “4C’s.” These are cut, clarity, carat and color. There is yet another C if the buyer is purchasing a diamond that is unusually expensive or unusually large, and that is certification. This shows that the diamond has been certified by a laboratory, and the gem is what the jeweler says it is. The certified diamond must not have been worn since it was certified, and the certification should be no older than six months.

Whether the diamond’s cut increases or decreases its value is surprisingly subjective. A less than ideal cut may not matter in a small diamond that surrounds a central stone in the ring, but a large central diamond that is badly cut may be discounted because the cut doesn’t bring out the gem’s full fire and radiance.

Diamonds and other gems are often sold by their carat weight, and the higher the carat weight the pricier the gem. Gems are usually sold at a per carat cost. In some types of gems the per carat cost is the same no matter how big or small the gem is, while in others larger stones cost more per carat than smaller ones. It is possible and indeed common for two stones of different sizes to have the same carat weight because of their densities.

When it comes to diamonds, many people prefer white or colorless diamonds. These diamonds are exceedingly rare, for most diamonds have a bit of color in them even if it can only be seen under magnification. Diamonds that are supposed to be colored are called fancies, and a high quality fancy diamond can be even more rare and expensive than a white diamond of the same carat weight. Diamonds can be just about any color, including yellow, brown, red, blue, green and black, with blood red being the most sought after. These colors are most often caused by the presence of nitrogen in the diamond, and 99 percent of all diamonds have at least some nitrogen. In some cases, diamonds are irradiated to give them color.

Gemstones that are meant to be colorful, such as rubies, sapphires and emeralds are judged by the depth and intensity of their color.

Clarity means more for a diamond than for a colored gemstone. The richness of a gem’s color can not only make up for any flaws or inclusions it has, but flaws and inclusions might increase its value as long as the inclusions don’t weaken it. Nearly all emeralds have inclusions, and this contributes to a beautiful effect in the stone called the jardin.

This isn’t quite true with a diamond, but as with a truly colorless diamond, a truly flawless diamond is very rare. Gemologists rate a diamond’s clarity from flaws that can only be seen under great magnification to flaws that are not only visible to the naked eye but make the stone nearly worthless.

Some people use cut and shape interchangeably, and the shape of a gemstone’s cut can affect its beauty. The most popular cut for a diamond is the brilliant cut, which really brings out its sparkle and fire. But a brilliant cut can be different shapes, include round, oval, radiant and pear-shaped. Other cuts and shapes are:

Marquise: This is an elongated, football-shaped cut that makes the gemstone look bigger than it really is.

Cushion: This cut is square but has round corners, which makes it resemble a cushion.

Asscher: This is both a square cut and a type of step cut with cropped corners. This makes the gem, especially a diamond, look like it is full of brilliant squares nested into each other.

Emerald: Because the emerald is such a soft gem, this rectangular step cut also has cropped corners to prevent chipping. Diamonds and other gems can also be emerald cut.
Princess: This is a square cut that does have corners that come to points. They should be protected by prongs, so a princess cut diamond makes a great central stone.

There are also certain shapes that are just right for certain fingers. If the fiancee has a long, slender ring finger, most cuts will look good. But round shapes or the princess cut make for the best engagement ring for a long finger. If the finger is especially slender, a small stone can trick the eye into making it look a bit wider. A woman with short fingers can make them look longer by wearing elongated cuts such as the the marquise, oval or pear shape. Fingers that are a bit wide benefit from larger stones that are oval or rectangular. Rings with clustered gems also look good on wide ring fingers.

There are a number of metals for the wedding band besides gold. Gold itself comes in different alloys, because pure gold is too soft to be worn as jewelry. Yellow gold has just enough copper in it to help it retain its traditional golden color. Pink or rose gold has more copper to give it a more reddish hue, and white gold alloys the gold with a white metal such as zinc. This helps white gold resemble a pricier metal such as palladium or platinum, both of which are bright, silvery-white metals that do not have to be alloyed. However, these metals may be plated with another white metal called rhodium to give the ring extra protection. Other metals used for engagement ring bands are:

Silver: When it is polished this metal has a shine like no other, but the problem with it is that it tarnishes easily. Like platinum, silver can be rhodium plated, but some people like the tarnish because it brings out any etchings or decorations in the band. The tarnish does not actually hurt the metal.

Titanium: Titanium is bright gray metal. It is very strong and durable as well as being hypoallergenic.

Zirconium: Zirconium isn’t really a metal, for it has a crystalline structure. But it is tough, resembles titanium and is also hypoallergenic.

Jewelry Conversion: How To Use Old Jewelry To Make New Jewelry 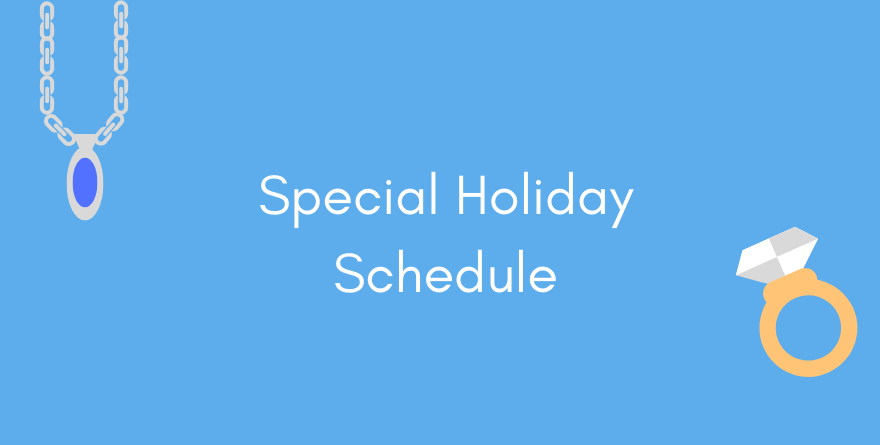 It's the week of July 4th! This is the time to enjoy the fireworks,… 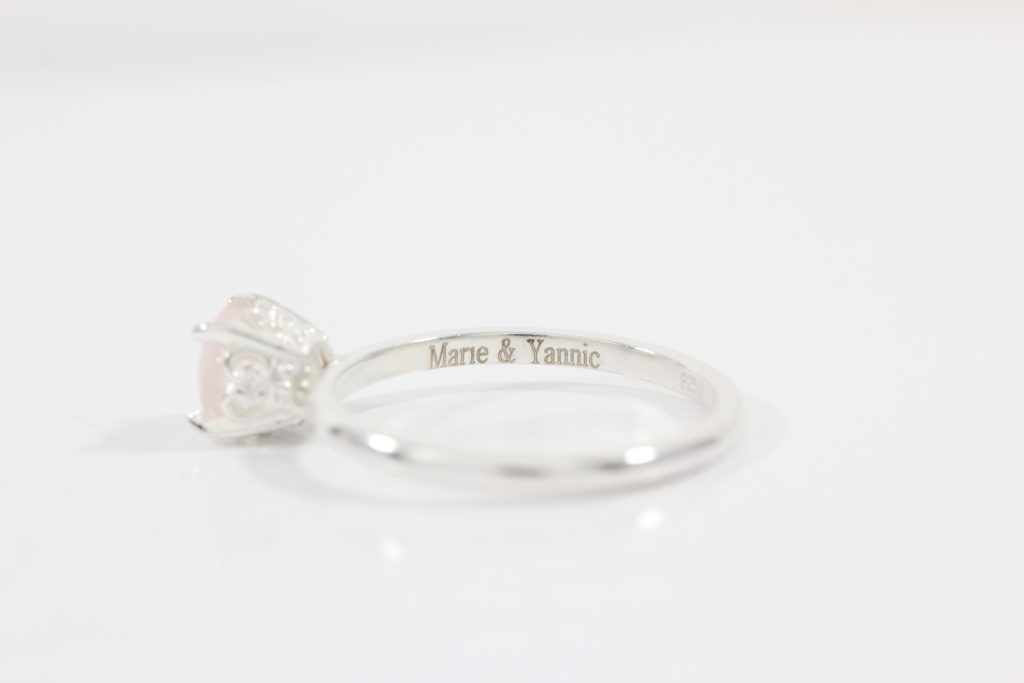 10 Wedding Ring Engraving Ideas to Get You Inspired

Here’s what you need to know about wedding ring engraving, followed by ten engraving…